To the east of the Hundred Column Hall was a building consisting of a vestibule and several chambers and porticos, and further north were a columned hall, several chambers, and storage rooms. These were in all probability built for the men-in-arms.

East of these structures was a long street, (320m in length and 7.5 to 10m in width), which ran from the northeastern corner of Persepolis to its southeastern corner, and was probably used by the chariots of the royal guard. This long street separates the buildings on the Terrace from the Eastern Fortification which abutted the «Royal Hill». We restored the foundations of a tower in the middle of the southern part of the Fortification, and through this provided a staircase to give access to the royal tombs which are cut into the «Royal Hill» and to the Fortification which followed the crown of the hill.

In a chamber south of this staircase, seven stone slabs inscribed in cuneiform characters were found. All of them had originally been housed in the Treasury, but were removed to this find-spot after the fall of Persepolis. 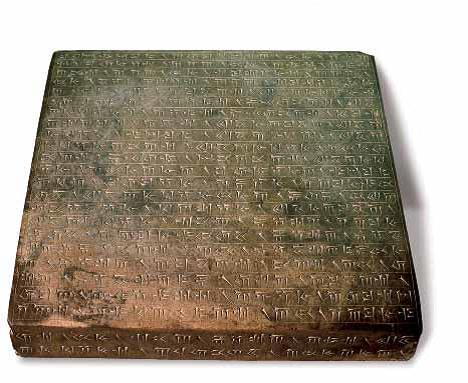 More in this category: « The «Unfinished Gate» and the «Archive» The «Palace G» »
back to top